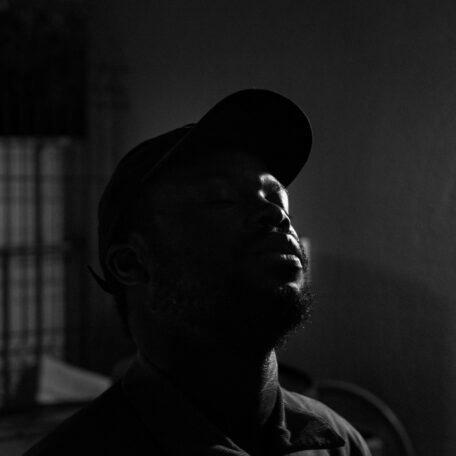 Aho Ssan is the artist name of Paris based Niamké Désiré. After studying graphic design and cinema, he began to compose electronic music and create his own digital instruments. Shortly thereafter he went on to win the Foundation France television prize for his soundtrack to the film of Ingha Mago in 2015 and has worked on several projects related to IRCAM/GRM in France. His debut LP «Simulacrum» was released on the 7th of February 2020 via Subtext Recordings. Based on the concept of Jean Baudrillard, it navigates through society’s presentation of inclusivity and equality against his own experience of growing up black in France. Aho Ssan debuted “Simulacrum” at Berlin Atonal 2019.