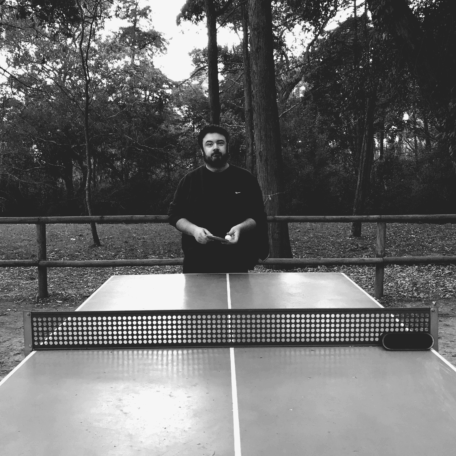 Photonz is the main musical alias of Marco Rodrigues - a Portuguese DJ and producer that in recent years became a driving force for Lisbon's much talked about underground scene. For little over a decade now, he's been crafting his own deeply personal style of eerie yet potent machine funk for cult imprints such as Créme Organization, 20:20 Vision, Don't Be Afraid, Skylax, Unknown To The Unknown or Príncipe. As a DJ, Photonz grew a reputation for deep crates and intensely euphoric sets and in 2017, together with Violet (co-founder at his Radio Quantica) and Lisbon's own Rabbit Hole collective, he started the now infamous Mina parties - a monthly, sex-positive, queer and intersectional-feminist techno party aimed at using the dissociative potential of intense raving to create a temporary space of suspension away from patriarchal expectations.